Had a great chat with two lovely people on Sunday night.
We talked Lockdown, theatre and telly stuff, poetry, and Tenby in Wales!

My guests were both actors, each with over 40 years experience in the business…. CHARLES DALE and KATE RUTTER… [Guest info below video]

@northernpromise: If unsure what the tiers mean are then read below : Tier 1 - Pints Tier 2 - Pints with chips Tier 3 - No Pints
h J R
@mcclellanddave

@KellyQuilt: So I’m a public sector worker and I have a pay freeze, which means a real terms pay cut. I lose say £40 a month. I have to pay for rent/mortgage/food etc so I have £40 a month less disposable income to spend in the private sector - how does that help the private sector?
h J R
@mcclellanddave

@RichardPTh: Sunak pledges billions to train & re-skill young people so they can find new jobs. Translation = chancellor will give billions to private training providers to badly train ppl for jobs that probably won’t be there when they come out the other end
h J R
@mcclellanddave 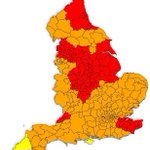 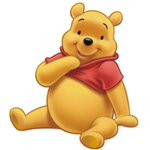