Had a great chat with two lovely people on Sunday night.
We talked Lockdown, theatre and telly stuff, poetry, and Tenby in Wales!

My guests were both actors, each with over 40 years experience in the business…. CHARLES DALE and KATE RUTTER… [Guest info below video]

Coming up this weekend, join me and two special guests as we chat about the world of entertainment during these strange pandemic days…

This week, two actors, each with over 40 years experience in the business….

We’ll chat about the impact Lockdown has had on their lives and work, and what they’re up to now.

I hope you’ve all survived another week of this Pandemic and you’re ready for a bit of entertainment.

Last night’s MOCKDOWN! show was Film themed…. and I had three super guests…

We chat about the impact Lockdown has had on their lives and work, and what they’re up to now.
[Full Guest info below video]

Lindsay Bennett-Thompson
Lindsay is an Actress, Writer and Artist based in the North-West. Her expressive, idiosyncratic look and fearless approach has gained her recognition as a contemporary and bold actress. She began her career early and in her twenties joined and toured with a rock band for a number of years. Following the bands eventual breakup, Lindsay explored her interest in puppetry before returning to study;  graduating in 2014 with First Class Honours in Contemporary Theatre and Performance from the University of Central Lancashire. 2019 was a major turning point for Lindsay, after a near death experience and life saving surgery the experience propelled her to continue to push to make her own work and develop her career as a filmmaker an she currently has 2 films PUPPY and ENTER NIRVANA in the festival circuit with ambition to release them online next year.   Having gained positive reviews from PUPPY Lindsay is currently developing a feature length screenplay.
Guest Links
Enter Nirvana Trailer
Puppy Trailer
Actor Showreel
Twitter
Web

Jon Campling
Jon was born in Hull and gave up a job for Life with British aerospace to go to drama school in Brum for 3yrs in 89. He now has 97 IMDb acting credits, stopped the Hogwarts Express in Harry Potter, and created the character KING REGIS in the global smash game Final Fantasy XV. As well as acting, Jon is also a model, photographer, wand maker, a runner & fitness freak and is currently training to be a singer. His latest film release is ‘Adventure Boyz’ available on all the usual platforms.
Guest Links
Adventure Boyz
Twitter
Instagram
Twitch
Facebook
Web

Matt Routledge
Matt has been actively acting, directing and producing Martial Arts Media since his first ‘Nunchaku Instructional Video’ back in 1992. In 1997 he completed a three year degree course which saw him make two half hour martial arts films ‘Net Chaser’ and ‘Rush Hour’. After working in the industry for well-known companies such as ‘Mersey Television’, ‘Granada Television’ and ‘Sony Entertainment’, he returned to making martial arts films. These include the internationally acclaimed short film “The Car Wash” in 2000 and two TV movies, ‘Fist of Justice’ (2005) and ‘Crazy in Love’ (2004). By now an experienced stuntman/ choreographer and action director, Matt relocated to Thailand where he worked with Jackie Chan on ‘The Medallion’ and action director on Menahem Golan’s last ever martial arts film ‘Final Combat.’ Primarily working as a ‘Director of Photography’ since then, Matt has now moved back into the Director’s chair for the award winning martial arts short film ‘Fixer’ (2016) and most recently the multi-award winning crime caper drama ‘Manipulation’ (2018). A short film that has bagged over 17 awards globally so far in film festivals from Melbourne to Los Angeles.
He’s now releasing the action horror feature film ‘Tribal,’ starring Zara Phythian (Doctor Strange) and Ross O’Hennessey (Game of Thrones).
Guest Links
Tribal – Get Out Alive Premiere
Twitter
Instagram

MOCKDOWN! streams live Sunday evenings at 8pm (UK) on my Actor Facebook Page and on my YouTube Channel.
Past shows are on my Actor page, and are also available as a Playlist on YouTube

Greetings of the season to you all!

My apologies for being a bad blogger of late, I haven’t updated in ages, and now, like buses, three will come at once, so keep your eyes peeled and stick your hand out if you want me to stop. Correct change please!

In the spirit of A Christmas Carol, I will break these down into Past, Present and Future. This, as the title suggests, is a post about the past…

As you will know, I had a brief appearance on Coronation St in October – for those who missed it, here it is again….

Always nice to have a bit on the telly and funny the reactions you get afterwards.

I have the best Fish & Chips shop in Sheffield just down the road from me, Trafalgar Fisheries….

I love the staff in there, all very friendly, and they serve all the fish and chip shop fare – with the exception of Pea Fritters. Pea What??? you ask? Pea Fritters – Mushy peas rolled into a ball, fried in batter….. Bex introduced me to Pea Fritters – as a vegetarian, fish isn’t an option for her. I asked if they had them the first time I went in and I tease them constantly in the hope they will start cooking them.

So, shortly after my Corrie appearance I went in and the lovely woman behind the counter was very excited to have seen me on her telly, she was doing her hair and her mum shouted “The Pea Fritter man is on!!!!”

You can call me Mr P Fritter any time, just don’t call me late for dinner!

Whilst looking at the past, I would also like to share this photo of my Dad, taken as a publicity shot when he was a furniture store manager.

As Christmas comes around again and we miss him being with us, this reminds us all what a lovely handsome chap he was. And a Father I can only aspire to be. He’ll never be forgotten x

I had an odd (for me) experience today…. delivering something to a stranger’s house, miles from home and to no-one I knew.

Knocked at the door and heard a youngster tell someone older to go to the door.

A nice teenage lad opened the door and I told him why I was there, making a delivery… and he said “I think I know you from somewhere…”

Okay, so what may he have seen? I start mentally reviewing my career….. Emmerdale, Corrie , an episode of Law & Order: UK that always seems to be on the box… various other telly, some cult sci-fi (Lexx; The Dark Zone). I’ve had a lead in The Zombie King (renamed King Of The Dead for upcoming UK release, 26/10/2015) and nice parts in other films. I’ve done various theatre, but surely nothing recent or local this lad would have seen?

“Aren’t you Dave McClelland?” he continues….

Bloody hell! Why yes I am, how did you know that? (expecting something from the above list or that I’d gone to school with his parents)….

I was amazed and delighted that I was recognised for something that was all my own work…. You shout out in the wilderness and never know who will hear you… Thank you young man, you made my day!

Here’s the video that made me memorable…. to one person at least….

And some more news……

I was also able to tell this bright lad with superb taste that I am off to shoot an episode of Coronation St next week.

I cannot tell you more or I’d have to kill you 🙂 It will air in October.

Until next time dear reader, be kind and smile!

P.S.  I’d also like to add that there is a superb REAL documentary about Henderson’s Relish, aptly named RELISH. Saw it at the Sheffield DocFest, well worth seeing if you have the chance!

@simonblackwell: 10pm pub closing not good enough. People will just go on to house parties. Need a mandatory 10:45pm National Crisis Bedtime. Teeth done by 10:40, light off 10:44. No you can't have a glass of water you should have thought of that before.
h J R
@mcclellanddave

@paul_driff: @10DowningStreet @CMO_England @uksciencechief Where the fuck is Boris Johnson? Name one world leader who wouldn't bother turning up for a press briefing as their nation is hit by a second wave of a deadly pandemic? What will it take for the @Conservatives to throw his inept & cowardly arse out of office? #WhereIsBorisJohnson
h J R
@mcclellanddave

@MrGarethOwens: The UK faces up to 49,000 coronavirus cases a day by mid October, SERCO's Test & Trace system is a joke, unemployment levels are about to go through the roof but don't worry: your Prime Minister is right behind you! About 1,056 miles behind you, apparently #WhereIsBorisJohnson https://t.co/UFnu72HJAX 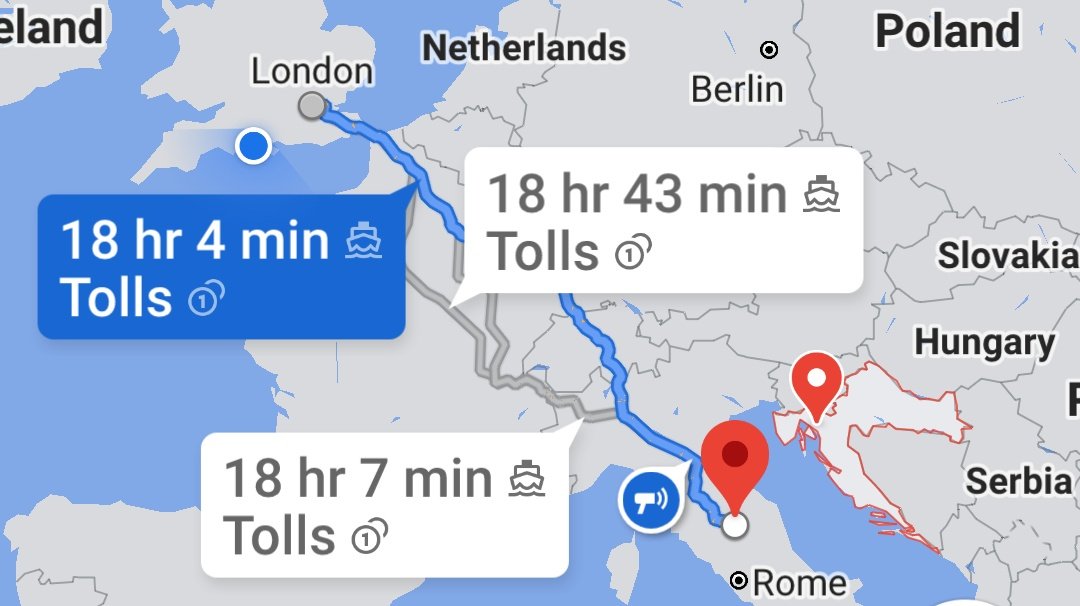 @nufcsean: #WhereIsBorisJohnson and #wheresBoris trend way too much on here. Even scarier is the fact he's always hiding. Disgraceful PM. Worst in my lifetime easily.
h J R
@mcclellanddave

@marcuschown: Retweet if Johnson, Gove & Cummings have made you ashamed to be British
h J R
Follow @mcclellanddave